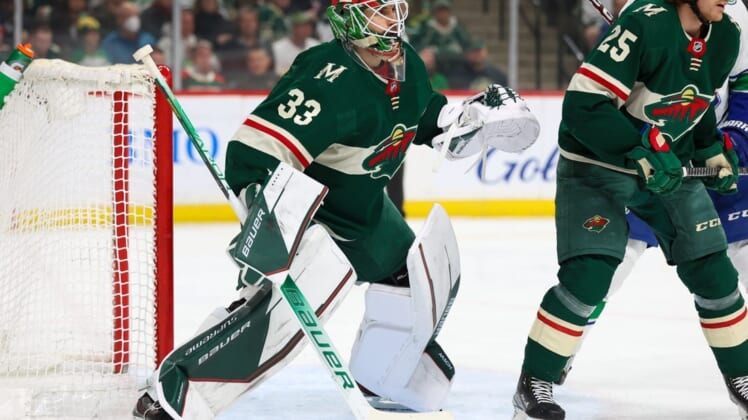 Talbot seemed to want out of Minnesota after the Wild re-signed goalie Marc-Andre Fleury on a two-year deal last week. Talbot’s agent, George Bazos, told reporters that in a meeting with Wild general manager Bill Guerin, they “both stated (their) positions” and “Billy has a lot to think about.”

At the time, Guerin fired back by saying, “I don’t have (expletive) to do. Cam Talbot’s under contract. George can say whatever the hell he wants. My team’s set right now, and that’s the way it goes.”

Now, rather than split time in net with Fleury, Talbot will head to an organization that needed a veteran goalie after dealing Matt Murray to the Toronto Maple Leafs on Monday.