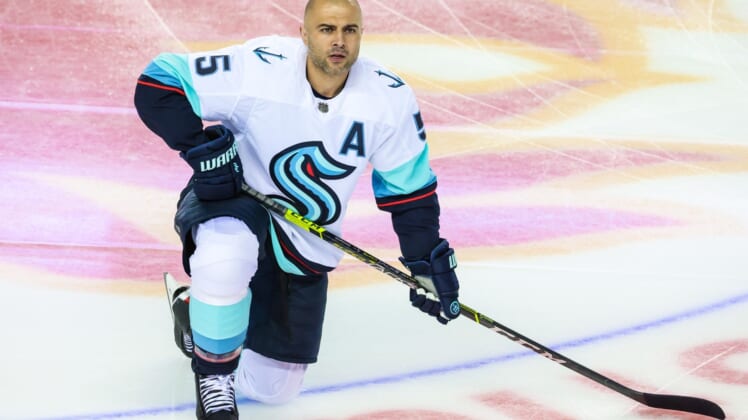 Giordano, who spent eight years wearing the “C” with the Calgary Flames, will lead the expansion team onto the ice for Tuesday night’s season opener against the host Vegas Golden Knights.