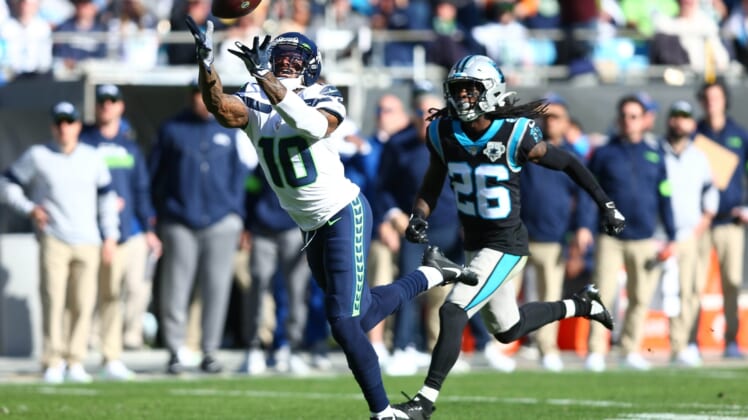 Josh Gordon is unlikely to ever play in the NFL again following a fifth suspension by the league for substance abuse issues earlier in the year.

Once one of the most-promising young receivers in the game, Gordon has fallen on hard times. His issues with drugs is by now well known. It has derailed his football career, leading to the Baylor product joining former Cleveland Browns teammate Johnny Manziel in the Fan Controlled Football league.

As for his career in the NFL, that now seems to be over following Thursday’s news.

Multiple media reports indicate that the Seahawks have made official what many expected to be the case following Gordon’s suspension being announced back in January.

Gordon, 29, played in a grand total of five games for the Seahawks after they picked him up off waivers from the New England Patriots back in November of 2019. All said, the troubled receiver has suited up 28 games since the end of the 2014 season.

An original second-round pick of the Browns in the 2012 supplemental draft, Gordon jumped on to the scene as a sophomore the following season — recording 87 receptions for a league-high 1,646 yards. He’s tallied all of 110 catches in a mere 33 games since then due to the above-mentioned substance abuse issues.

As you can see, Gordon’s off-field demons have derailed what seemed to be a tremendous career in the NFL. He now joins another castoff in Johnny Manziel in the start-up Fan Controlled Football league.