Seahawks RB Chris Carson injured after being hit by teammate 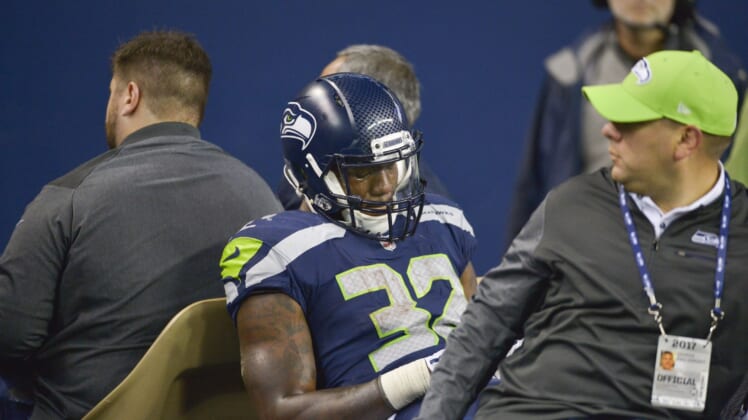 During the first drive of Monday night’s game against Minnesota, Seattle Seahawks running back Chris Carson took a shot to the head from teammate Jacob Hollister’s knee.

The hit occurred as Carson was being tackled just shy of a first down, and as he fell to the ground Hollister came streaking in and accidentally got him right on the side of the head.

Teammates called for trainers to come out and evaluate Carson. Thankfully, the running back was able to walk off the field under his own power, though he was a bit woozy.