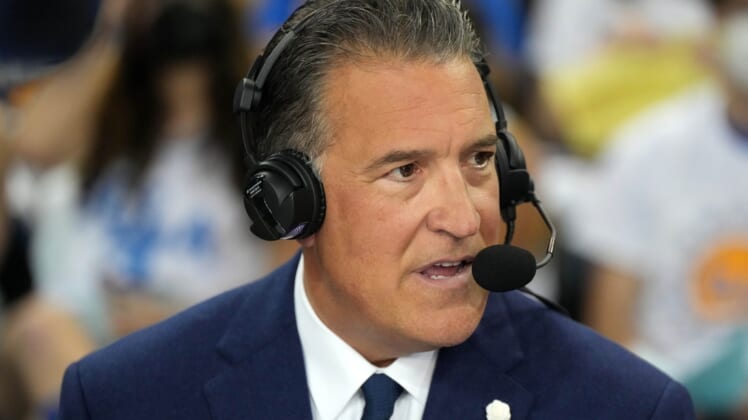 Former UCLA and St. John’s basketball coach Steve Lavin left the broadcast booth to return to the bench on Wednesday, taking over as the head coach at the University of San Diego.

Lavin spent the bulk of the past two decades as a broadcaster between and after successful spells in charge of the Bruins and the Red Storm.

Lavin, 57, returned to coaching with St. John’s in 2010-11 and remained on the job through 2014-15. He missed the majority of the 2011-12 season while receiving treatment for prostate cancer. Lavin took the Red Storm to the NCAA Tournament twice.

Lavin takes over for Sam Scholl, who was fired by McGillis on March 6 following a third consecutive losing season. The Toreros went 15-16 in 2021-22, leaving Scholl with a 50-66 mark in his four-plus years on the job.