One top NBA insider believes the San Antonio Spurs may have one of the most sought-after players in this year’s trade market.

The Spurs 2022-2023 campaign has played out much like NBA observers expected. The team is very much in rebuilding mode as they compile draft capital and evaluate the young talents they have to see if they could be a part of the organization’s long-term solution.

San Antonio’s top picks from 2019 and 2020, Keldon Johnson and Devin Vassell seem like they could be fixtures of the Spurs’ eventual turnaround. One player that has endured and succeeded during some of the team’s recent lean years is big man Jakob Poeltl. However, he will be a free agent after this season.

It seems his growth as a player in San Antonio has increased his value significantly. However, the San Antonio Spurs are torn on if they are willing to part with him at the NBA trade deadline with his value at a high point.

During an appearance on ESPN NBA countdown this week, league insider Adrian Wojnarowski reported that Jakob Poeltl could be one of the more sought-after players at the NBA trade deadline. But the Spurs are high on the impending free agent and see him as a perfect fit if they can land top NBA draft prospect Victor Wenbanyama in the spring.

“I think he’s going to be one of the real pivotal players at the NBA trade deadline. In recent years, there was not as much of a market for centers. That’s changed this year. There’s a lot of interest Poeltl. There are a lot of teams that are going to make the kind of offers that they may want to move him. But this is a player; he can do a four-year, $58 million extension during the season. He’s going to get more than that in free agency.

“… I think you’re going to see at the trade deadline, for Poeltl, some real signficant offers. There’s a lot of teams who want size. You wanna to beat Giannis [Antetokounmpo], you want to beat [Joel] Embiid, you want to beat [Nikola] Jokic in the postseason, there are plenty of contenders who see value in Poeltl. I think for San Antonio, they like him a lot and they would like to keep him, especially if they some how win the Victor Wenbanyama sweepstakes.” 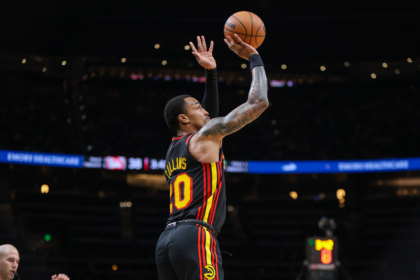 The 13-30 San Antonio Spurs are certainly in the running for a top pick in the NBA lottery. Wenbanyama, a 7-foot-2 prospect from France is seen as a can’t-miss talent entering the 2023 NBA Draft in June.