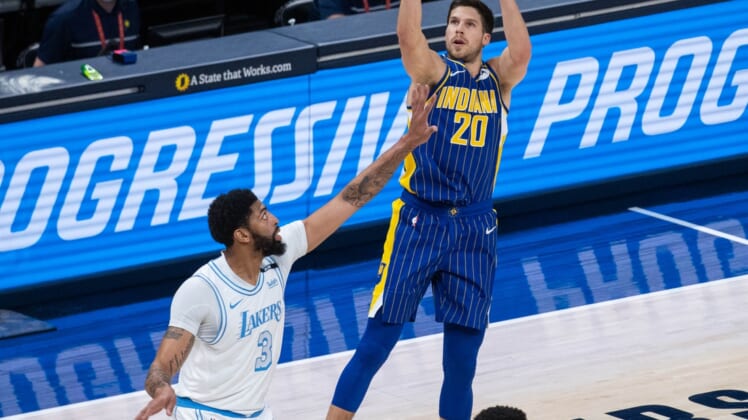 The San Antonio Spurs dipped into the free agency pool Monday, agreeing to contracts with forwards Doug McDermott and Zach Collins, according to multiple reports.

The Spurs’ roster is in flux with DeMar DeRozan expected to test free agency and backcourt sidekick Patty Mills rumored to be in high demand on the open market.

McDermott, 29, should bring a boost to a Spurs roster that finished last in the NBA with 9.9 3-pointers made per game last season. A No. 11 overall draft pick by the Denver Nuggets in 2014, the well-traveled McDermott is a career 40.7 percent 3-point shooter.

In nine seasons, McDermott has averaged 9.0 points in 476 games (43 starts). McDermott averaged a career-high 13.6 points in 66 games (29 starts) this past season with the Indiana Pacers. He has also played for the Dallas Mavericks, New York Knicks, Oklahoma City Thunder and Chicago Bulls.

Collins, 23, has played only 11 games over the past two seasons, and did not play at all in 2020-21, after a series of injuries to his shoulder and ankle. Originally the 10th overall pick in the 2017 draft by Sacramento and traded to Portland on draft night, Collins has averaged 5.7 points, 4.0 rebounds and 17.5 minutes per game in 154 games (12 starts) with the Trail Blazers.

Collins was not tendered a qualifying offer by Portland, allowing him to become an unrestricted free agent.