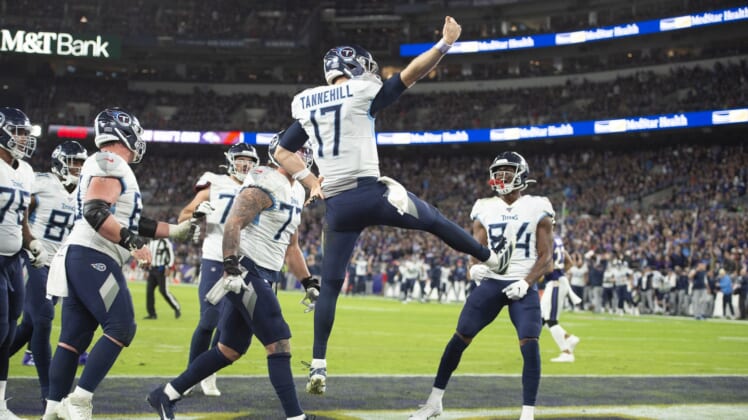 Despite starting just 10 games in 2019, Ryan Tannehill was named the NFL’s Comeback Player of the Year on Saturday while Jimmy Garoppolo was snubbed for the award.

Tannehill started the season as the backup to Marcus Mariota after the Miami Dolphins jettisoned him out of town in a trade last March. He certainly was a huge reason why the Titans surged in the second half of the season, but it’s hard to justify having him win this award.

Jimmy Garoppolo missed most of the 2018 season with an ACL tear. He recovered, then started all 16 games for the Super Bowl contender San Francisco 49ers, putting up big numbers: 3,979 yards on 69.1% passing with 27 touchdowns and 13 interceptions.

Many on social media expressed their dismay that Tannehill was chosen for this award while Garoppolo was snubbed.