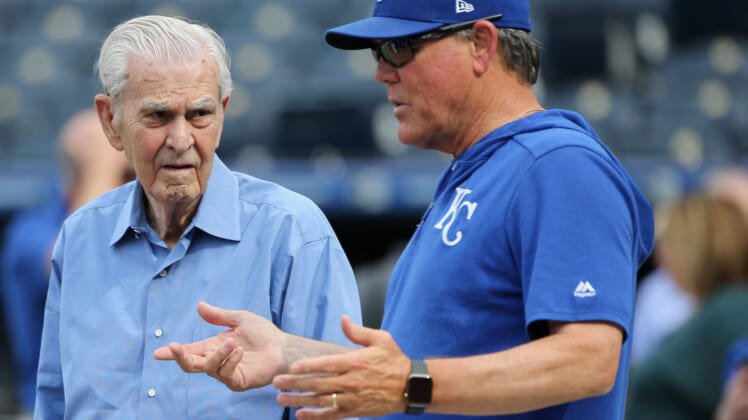 It sure looks like the Kansas City Royals will have a new owner for the first time in almost two decades.

Fresh off reports that long-time owner David Glass was discussing a sale of the franchise to local businessman John Sherman comes this report that the approval of said sale by Major League Baseball is “seen as a sure thing.”

A Kansas City native, Sherman is currently vice-chairman of the Cleveland Indians. He’ll have to sell any stake in that organization in order for a sale to be approved.

Glass, 83, took over for then-owner Ewing Kauffman as CEO back in 1993. He ultimately purchased the team for a mere $96 million seven years later. The expected sale is reportedly going to be for north of $1 billion.

A move of this ilk would be music to the ears of Major League Baseball. Despite a net worth nearing a billion, the former Wal-Mart top executive has overseen a small payroll in Kansas City.

Glass also opposed any settlement with the players’ union without a salary cap, and supported the use of strike-breaking replacement players during the strike season of 1994. Needless to say, he’s not a horribly popular figure around the MLB world.