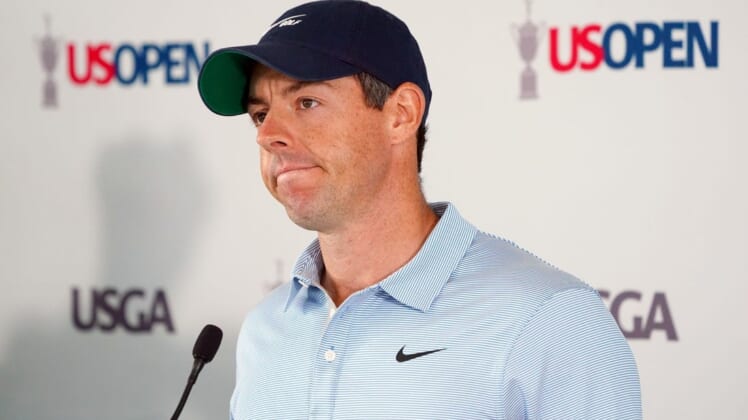 The older players on the downswing of their careers who left the PGA Tour for the millions thrown at them by the LIV Golf Invitational Series? Four-time major winner Rory McIlroy said he understands their line of thinking, even if he doesn’t agree with it.

The younger ones? That he doesn’t understand at all.

McIlroy shared his thoughts on the rival tour on Tuesday in a news conference in advance of the U.S. Open, which begins Thursday at The Country Club in Brookline, Mass.

Phil Mickelson, who turns 52 on Thursday, and 49-year-old Lee Westwood were among the participants in the first LIV event in London last weekend.

“I understand. Yes, because a lot of these guys are in their late 40s,” McIlroy said. “In Phil’s case, early 50s. Yeah, I think everyone in this room would say to themselves that their best days are behind them. That’s why I don’t understand for the guys that are a similar age to me going because I would like to believe that my best days are still ahead of me, and I think theirs are, too. So that’s where it feels like you’re taking the easy way out.”

The 33-year-old McIlroy didn’t exactly give Mickelson a free pass, saying he was “disappointed” in how he handled his decision to play LIV Golf. Multiple reports said Mickelson was paid $200 million to do so.

“Who am I to sit up here and give Phil a lesson on how to do things?” McIlroy said. “He has had a wonderful career. He is his own man. He is a great addition to the field this week. Am I disappointed he has taken the route that he has taken? I am, but I still respect him tremendously.”

He wasn’t as understanding of players such as Bryson DeChambeau and Dustin Johnson, who previously said they had no intention of leaving the PGA Tour for the Saudi Arabia-funded startup.

PGA Tour commissioner Jay Monahan suspended the 17 PGA Tour players who competed in the LIV Golf event in London and said future golfers who make the same choice will face suspension. The USGA granted the suspended players who qualified for the U.S. Open permission to compete.

McIlroy doesn’t seem inclined to join the tour defectors. He said playing on the PGA Tour is “the right thing to do.”