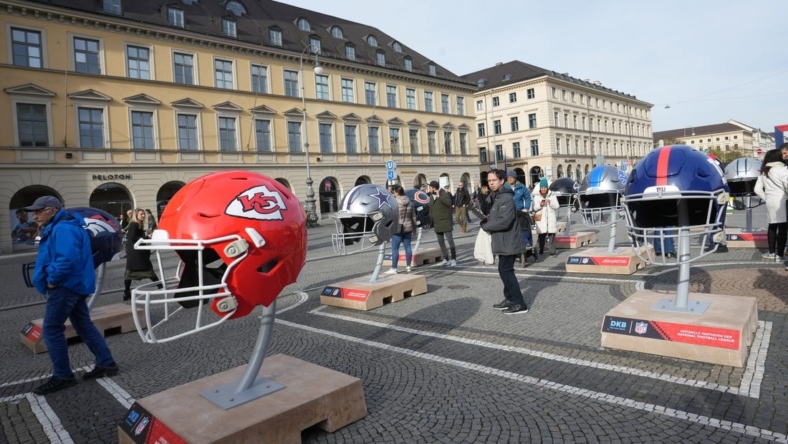 The Tampa Bay Buccaneers and Seattle Seahawks will play the league’s first regular-season contest in the country on Sunday at Allianz Arena in Munich.

The NFL has committed to playing one more game in Germany in each of the next three seasons through 2025.

Goodell told a fan forum on Saturday that he “wouldn’t be surprised if it expanded beyond that at some point soon,” per the Associated Press.

Germany is the NFL’s top market in Europe. More than 800,000 fans entered a queue to try to get tickets for Sunday’s game, according to Brett Gosper, head of NFL Europe and U.K.

Munich and Frankfurt each will host two games under the current agreement.