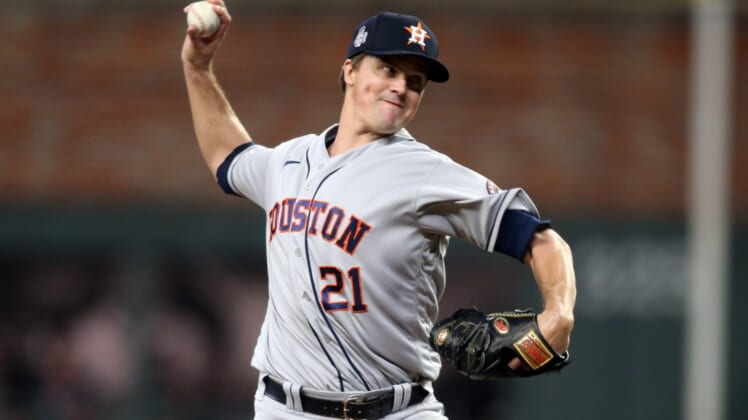 According to reports, Greinke agreed to a one-year, $13 million deal with Kansas City, 13 years after winning the American League Cy Young Award with the franchise.

The 38-year-old spent the first seven seasons of his 18-year career with Kansas City, topped by his 2009 performance in which he went 16-8 with a 2.16 ERA in 33 starts as the AL’s top pitcher. He was traded to the Milwaukee Brewers prior to the 2011 season.

Greinke has finished in the top 10 in Cy Young voting four other times in his career, most recently finishing fourth for the National League award in 2017 with Arizona.

He also has earned six Gold Gloves for his fielding and has belted nine career regular-season homers.