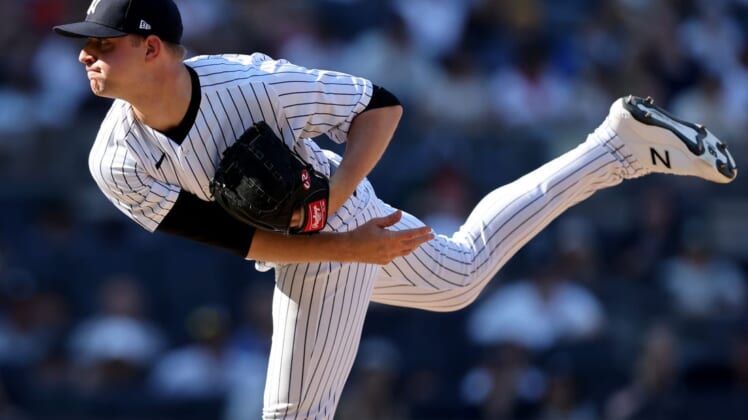 New York Yankees reliever Michael King broke his right elbow as he delivered a pitch on Friday night and will miss the rest of the 2022 season, multiple outlets reported Saturday.

King sustained the injury on an 0-2 slider to Ramon Urias of the Baltimore Orioles. Based on his reaction, it was clear King knew the injury was significant.

After the games, which the Yankees won 7-6, manager Aaron Boone likely didn’t know the full extent of the injury, other than it was serious.

“He’s been one of the best pitchers in the league,” Boone told reporters. “I hope and pray the best for King.”

Boone has employed King and Clay Holmes as a potent one-two punch out of the bullpen, the two handling the eighth and ninth innings.

“He’s a hard worker. I know he’ll get back here and get back to the same spot he was in,” Taillon told reporters. “It’s never easy seeing a guy walk off the field.”

Without King, the Yankees will have to hope former closer Aroldis Chapman returns to his once-dominant form. Since coming off the injured list to start July, the left-hander has thrown 6 1/3 innings over eight appearances, allowing seven runs. His ERA in July is 9.95, and he’s allowed seven hits, walked seven and struck out nine.

The Yankees continue their series against the Orioles on Saturday in Baltimore.