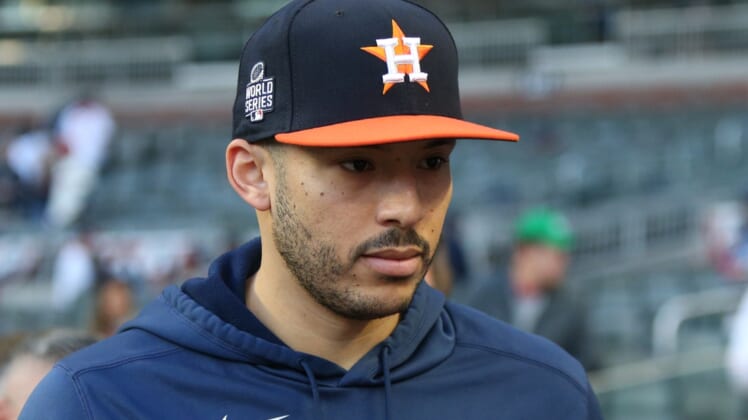 Carlos Correa, a star on three World Series teams with the Houston Astros, reportedly has a new home.

The 27-year-old shortstop agreed to a three-year, $105.3 million with the Minnesota Twins late Friday night, according to multiple media reports.

The deal reportedly includes opt-out options that Correa could exercise after each of the first two seasons.

Correa was reportedly comfortable setting the bar for a contract at $300 million before the lockout.

He had interest from multiple teams prior to the stoppage in December, but the Texas Rangers chose to sign former Los Angeles Dodgers shortstop Corey Seager to a $325 million contract. That deal was negotiated by Correa’s new agent, Scott Boras, who also scored deals for free agents Max Scherzer (New York Mets) and Marcus Semien (Rangers) prior to the shutdown.

The Twins got little offense last year from the shortstop position, with Andrelton Simmons, Jorge Polanco, Nick Gordon and JT Riddle combining to hit .233 with 10 homers and 52 RBIs.