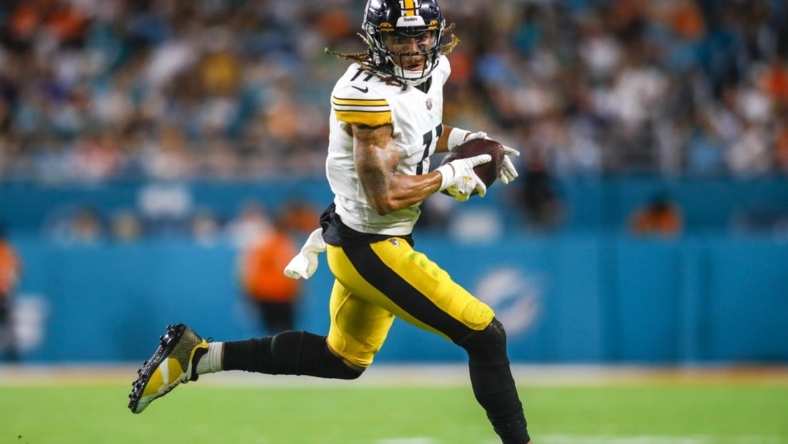 The move comes in the aftermath of the Bears trading away linebacker Roquan Smith on Monday and defensive end Robert Quinn last week.

The 6-foot-4 Claypool has 32 catches for 311 yards and a touchdown in eight starts this season. His catches would lead the Bears and his yards would be second only to Darnell Mooney’s 364. Equanimeous St. Brown is next among Bears wideouts with 11 catches.

The Steelers acquired the Bears’ second-round pick, not the one Chicago received from the Ravens in the Smith trade. The Bears’ selection likely will fall earlier in the second round than Baltimore’s traded pick.