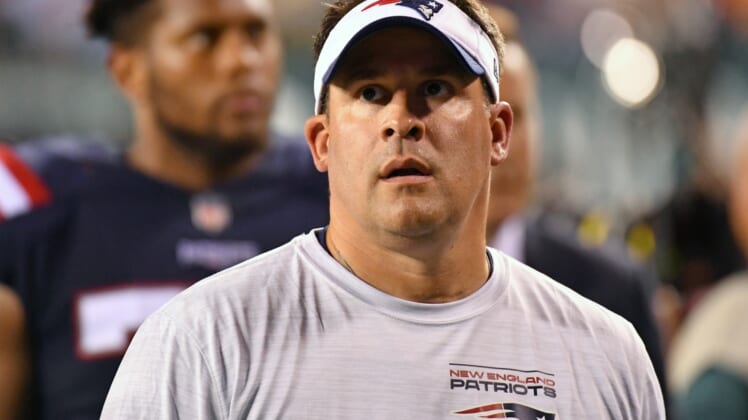 The Las Vegas Raiders are close to hiring Josh McDaniels as head coach and Dave Ziegler as general manager, both from the New England Patriots, multiple outlets reported Sunday.

McDaniels is the Patriots’ longtime offensive coordinator and a former Denver Broncos head coach, while Ziegler has been with New England since 2013 and spent the 2021 season as the director of player personnel.

McDaniels, 45, would replace Jon Gruden, who resigned in October after being linked to offensive emails. Interim coach Rich Bisaccia led the team to a 7-5 record the rest of the season and a playoff berth.

McDaniels led the Denver Broncos to an 11-17 record before being fired after Week 13 in his second season in the job in 2010.

He spent the following season as the offensive coordinator of the St. Louis Rams, then returned to the same role with the Patriots, which he previously held from 2006-08.

In early 2018, McDaniels accepted — and then backed out of — the job as head coach of the Indianapolis Colts.

Ziegler, 44, would replace Mike Mayock, who was fired after the Raiders’ 26-19 loss to the Cincinnati Bengals in the AFC wild-card round.