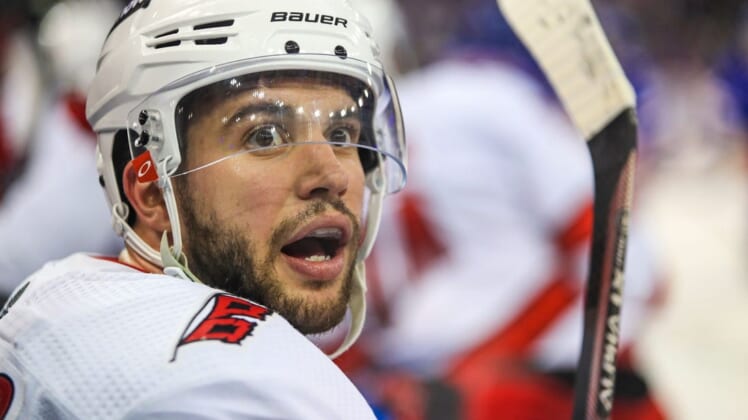 The Philadelphia Flyers acquired defenseman Tony DeAngelo from the Carolina Hurricanes and signed him to a two-year, $10 million contract extension, Sportsnet reported on Friday.

It was the 26-year-old’s lone campaign with the Hurricanes, who signed him to a one-year, $1 million deal after the New York Rangers disowned him after six games in 2020-21 following a reported incident with goaltender Alexandar Georgiev.

The NHL suspended him for three games in 2016 during his rookie season with the Arizona Coyotes for abuse of officials. That came two years after the Ontario Hockey League suspended him for eight games for making a racist slur at a teammate.