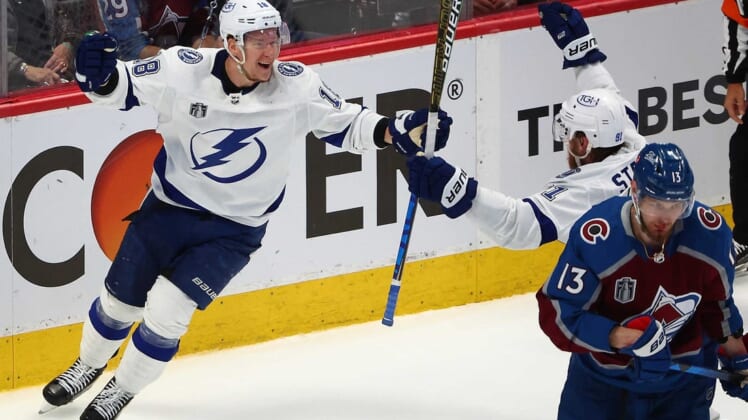 The deal reportedly is for $30 million.

The Lightning selected Palat in the seventh round of the 2011 NHL Draft, and he was a consistent player for them. In 628 regular-season games for Tampa Bay, the Czech tallied 142 goals and 280 assists.

With the Lightning, a perennial playoff contender, the 31-year-old appeared in 138 postseason games, registering 94 points (48 goals, 46 assists). He has 12 career game-winning goals in the playoffs.

The Devils are looking for a return to the Stanley Cup playoffs for the first time since 2018, when they lost in the first round. That was their only playoff appearance in the past 10 seasons.