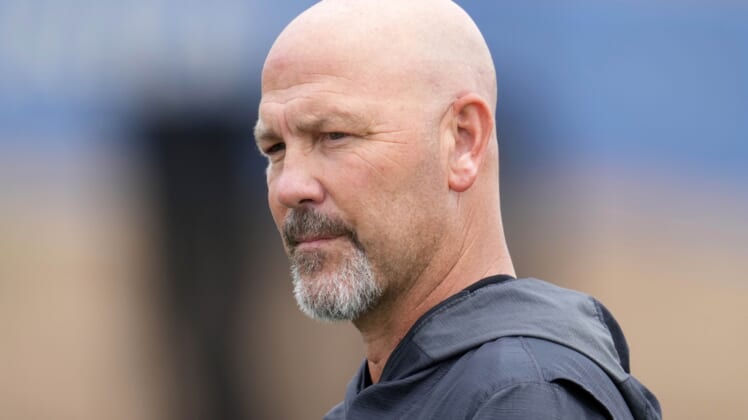 The position opened up last week when Matt Eberflus left the Colts to take over as coach of the Chicago Bears.

Bradley had been on a Las Vegas staff headed by Jon Gruden, but Gruden was fired in October after he was found to have sent inflammatory emails. Rich Bisaccia served as interim coach for the remainder of the season, and the Raiders hired Josh McDaniels as their new coach earlier this week.

The Colts ranked 16th in that category this season at 343.2 yards per game.

Bradley was 14-48 as coach of the Jacksonville Jaguars from 2013-16. He also served as the Tampa Bay Buccaneers’ linebackers coach from 2006-08 and as defensive coordinator of the Seattle Seahawks from 2008-12 and the Los Angeles Chargers from 2017-20.