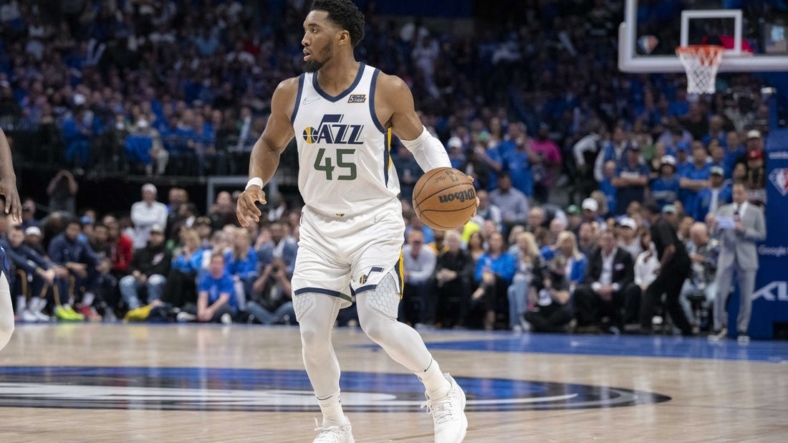 The Cleveland Cavaliers acquired guard Donovan Mitchell from the Utah Jazz for three players and three first-round draft picks, according to multiple reports on Thursday.

The trade of Mitchell, a three-time All-Star, signifies a full-on rebuilding project for the Jazz as they were unable to reach the Western Conference finals in recent seasons with Mitchell and star center Rudy Gobert on the roster. The Jazz traded Gobert to the Minnesota Timberwolves earlier in the offseason.

Speculation all summer had Mitchell interested in being traded to his hometown New York Knicks. The Knicks recently decided to sign RJ Barrett to a long-term extension instead of pursuing a trade that would require giving up a ton of assets.

The Cavaliers will now feature a top-line backcourt with the 25-year-old Mitchell and 22-year-old All-Star Darius Garland.

Mitchell has a 23.9 scoring average over five NBA seasons. He averaged 25.9 points and 5.3 assists in 67 games last season.

Mitchell has a 28.3 scoring average in 39 playoff games.

Sexton, 23, played in just 11 games for the Cavaliers last season before undergoing season-ending surgery on his left knee. He sustained a torn meniscus in a game against the Knicks on Nov. 7.

Markkanen, 25, averaged 14.8 points and 5.7 rebounds in 61 games last season, his first with the Cavaliers. He spent his first four seasons with the Chicago Bulls and has career averages of 15.4 points and 6.8 rebounds in 282 games (256 starts).

Agbaji, 22, was a first-round pick (14th overall) in the 2022 draft after being named an All-American at Kansas. He averaged 18.8 points in 39 games last season and was named Most Outstanding Player of the NCAA Tournament while helping the Jayhawks win the national title.