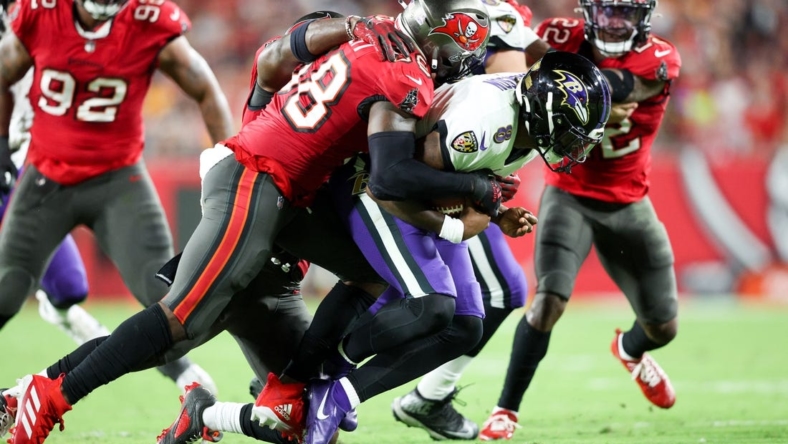 Tampa Bay Buccaneers star linebacker Shaq Barrett will sit out the remainder of the season with a torn Achilles, multiple media outlets reported on Friday.

An MRI on Friday confirmed the tear of the Achilles for Barrett, who is expected to be sidelined seven-to-nine months.

Barrett sustained the injury during the third quarter of the Buccaneers’ 27-22 loss to the Baltimore Ravens on Thursday. Coach Todd Bowles told reporters after the game that “it doesn’t look good.”

Barrett, 29, recorded 31 tackles, three sacks and one forced fumble in eight games (all starts) this season.