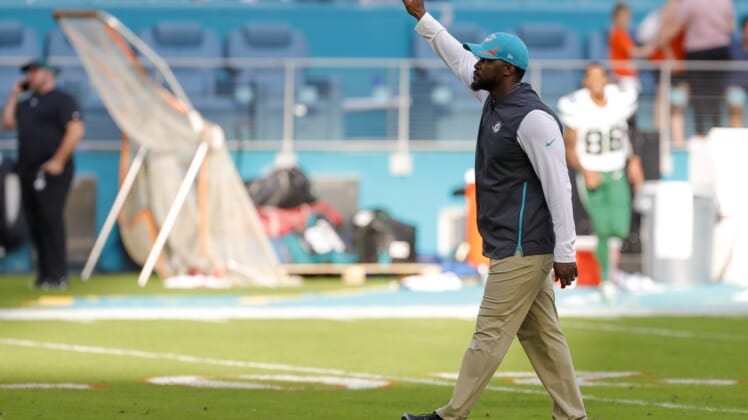 Brian Flores cleaned out his office at Dolphins headquarters and began planning for an interview with the Chicago Bears.

The Bears are conducting their first round of head coach interviews over video networks this week. NFL Network reported Tuesday that Chicago was the first confirmed interview for Flores.

The Bears fired Matt Nagy and general manager Ryan Pace on Monday. Nagy went 34-31 in four seasons with the Bears.

Bears owner George McCaskey, CEO Ted Phillips and consultant Bill Polian are teaming to vet head coach and GM candidates. An undetermined number of finalists will meet with the team’s brass in-person, and McCaskey said he was willing to hire “the right coach” before choosing a GM if needed.

A general manager hire would have “complete football responsibility” but Phillips remains involved in vetting the Bears’ potential move away from Soldier Field to suburban Arlington Heights.