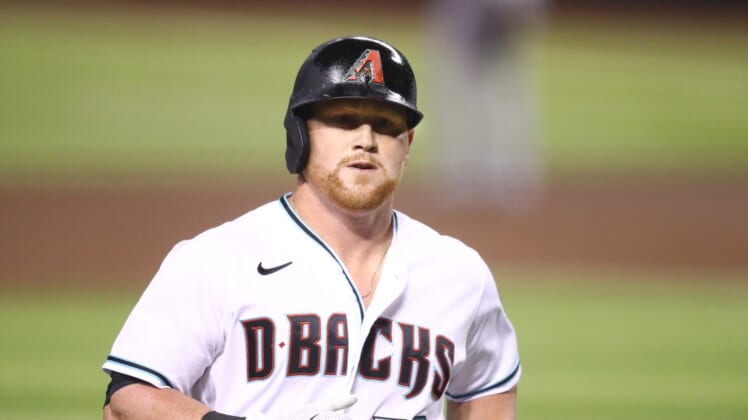 Arizona Diamondbacks outfielder Kole Calhoun will undergo surgery on his right knee on Wednesday to repair a torn meniscus, according to multiple reports.

Diamondbacks manager Torey Lovullo confirmed Calhoun would undergo surgery, but said he didn’t have the diagnosis. Calhoun underwent an MRI exam on Tuesday.

The 33-year-old Calhoun bas been bothered by inflammation in the knee, which prompted the MRI.

He recently alerted Lovullo about the soreness he was feeling.

“I just think it was something that happened during the offseason,” Lovullo told reporters. “He said he felt a little discomfort in some of his workouts and he felt like it was the right thing to do to let us know there was some discomfort in there.”

Calhoun batted .226 with 16 homers and 40 RBIs in 54 games last year during the 60-game shortened season due to the coronavirus pandemic.

Overall, Calhoun has a .248 career average with 156 homers and 491 RBIs in 1,020 games. He spent seven-plus seasons with the Los Angeles Angels before signing as a free agent with the Diamondbacks prior to last season.