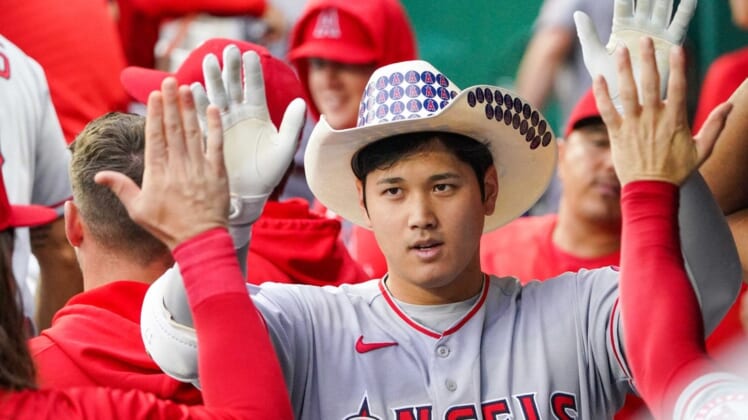 The New York Post reported the Angels are telling teams they are willing to listen to offers involving Ohtani, this with the club residing 21 1/2 games behind the first-place Houston Astros in the American League West entering play on Thursday. With fellow superstar Mike Trout holding a no-trade clause, Ohtani has become in play — in theory.

CBS Sports reported the New York Mets have engaged in talks with the Angels over the reigning AL MVP. Mets general manager Billy Eppler signed Ohtani while he was the GM of the Angels from 2015-20.

Previously, MLB Network reported the Angels have no plans to trade Ohtani prior to Tuesday’s deadline.