Deshaun Watson, NFLPA plan to sue if suspended for 2022 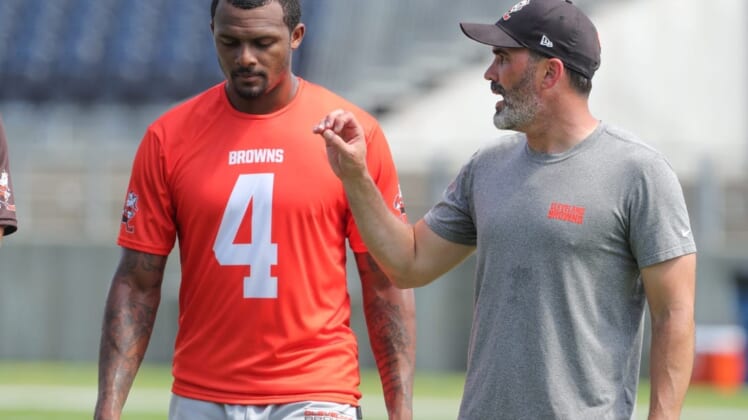 Deshaun Watson and the NFL Players Association have already decided to file a federal lawsuit against the NFL if arbitrator Sue L. Robinson decides Watson should be suspended from the league for a full year, Yahoo Sports reported Monday.

It was reported in June that during Watson’s disciplinary hearing, the NFL was pushing for an indefinite suspension lasting at least one year.

Watson, now with the Cleveland Browns, was sued by 24 women who accused him of sexual misconduct during massage sessions when he played for the Houston Texans.

Watson has continued to deny wrongdoing, and in March two grand juries in Texas declined to indict him on criminal charges. But he still could be punished by the NFL under its personal conduct policy.

Robinson, a former U.S. District Court judge who was jointly selected to oversee the case by the NFL and the NFL Players Association, was expected to issue a ruling before the Browns report to training camp on July 26. But Yahoo reported Monday that Robinson’s decision might “overlap” with the start of the Browns’ camp.