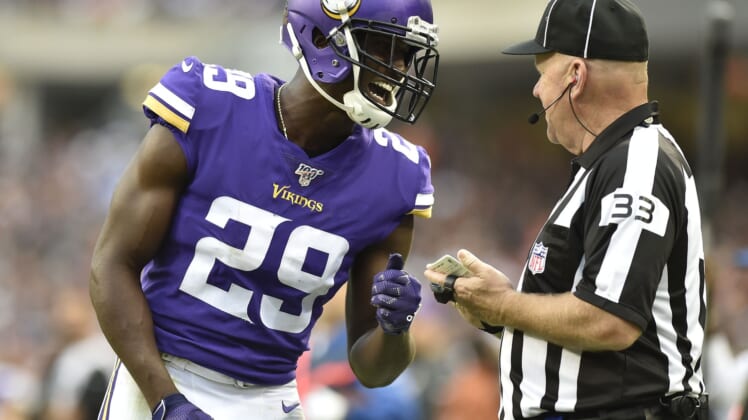 The Minnesota Vikings’ defense performed pretty well in their blowout loss to the San Francisco 49ers in the NFC Divisional Playoffs on Saturday.

It was an historically bad performance from the offense that led to a 27-10 loss and an end to the Vikings’ season.

Despite this, most of the turnover we’re expecting on Minnesota’s roster this coming spring will be on the defensive side of the ball.

According to this report from Vikings beat writer Chris Tomasson, that includes the team moving on from former Pro Bowlers Xavier Rhodes and Everson Griffen.

Two mainstays on that side of the ball for Mike Zimmer’s squad, each player is on the wrong side of 30 and carry rather lofty 2020 cap hits.

One of the best cornerbacks in the NFL from 2014-17, Minnesota can save north of $8 Million against the cap by releasing Rhodes. He was absolutely terrible this past season, yielding a 120-plus passer rating when targeted.

Griffen is a somewhat different story. The three-time Pro Bowler recorded 24 quarterback hits and eight sacks in another solid performance.

Griffen is now able to void his contract after playing north of 56% of Minnesota’s defensive snaps and recording six-plus sacks in 2019. Should he decide against that, the Vikes can save north of $13 million by releasing the defensive end.