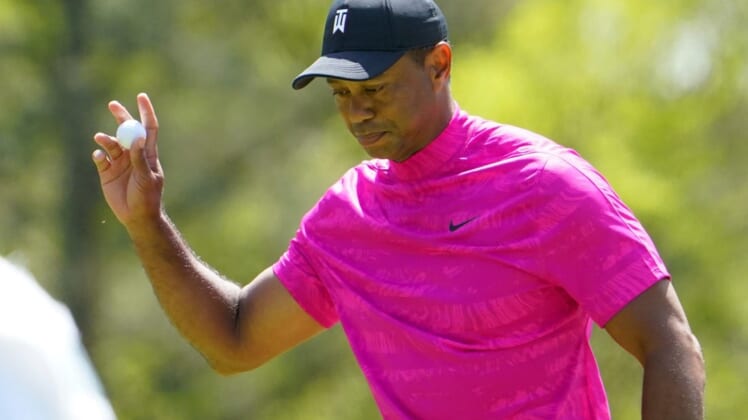 LIV Golf will make its debut this week at London without Tiger Woods, but it made a substantial offer to lure the 15-time major winner to the new international golf league, according to a new report.

Woods, who has played in just two tournaments since a devastating leg injury after a car crash in February of 2021, has maintained his loyalty to the PGA Tour as recently as last month at the PGA Championship.

The new Saudi-backed golf league has landed some top names, though, with reports Monday that Phil Mickelson will play in the inaugural event which starts Friday at the 7,100-yard Centurion Club outside London. Dustin Johnson also will be participating, along with Sergio Garcia, Louis Oosthuiszen and Kevin Na, among other top names.

The PGA Tour has threatened a ban of any players that compete in a LIV Golf event. Woods, 46, was not ready to sever ties with the tour where he made a name for himself and where he has won 82 total events, tied for the most all-time with Sam Snead.

“I’ve been playing out here for a couple of years over decades, and I think there’s a legacy to it,” Woods said during the PGA Championship. “I still think that the tour has so much to offer, so much opportunity.

“I understand different viewpoints, but I believe in legacies; I believe in major championships; I believe in big events, comparisons to historical figures of the past. There’s plenty of money out here.”

Jack Nicklaus, who won 18 major titles in his illustrious career, said last month he turned down an offer “in excess of $100 million” to be the CEO of LIV Golf, thus leading to Greg Norman’s appointment.