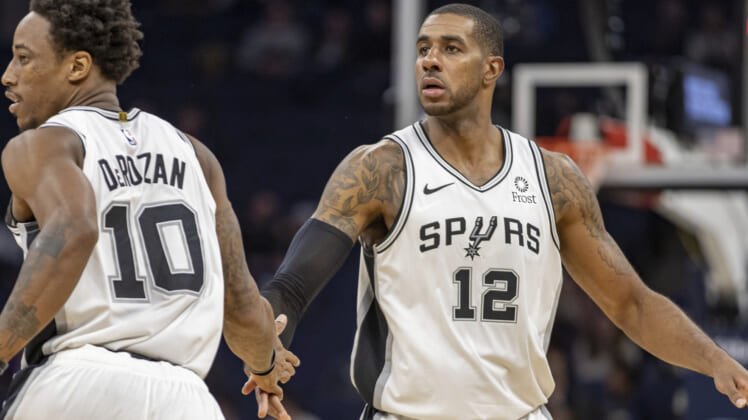 The San Antonio Spurs find themselves in somewhat of an awkward position heading into Thursday’s NBA trade deadline.

Gregg Popovich’s squad currently sits at a lowly 22-28 on the season, but it’s just three games out of the final playoff spot in the Western Conference.

Previous suggestions were that San Antonio would look to start anew with a rebuild. According to ESPN’s Adrian Wojnarowski, that could still very well be the case.

San Antonio has explored trades involving All-Star veterans DeMar DeRozan and LaMarcus Aldridge ahead of the deadline. The team is said to be asking for a lot.

Both players have been bandied about as trade chips over the past several months. Now that the deadline is less than 24 hours away, things could be heating up in that regard.

DeRozan, 30, is averaging 23.2 points, 5.7 rebounds and 5.2 assists on the season. The wing has an opt out following the 2019-20 season, one that he will likely utilize. That makes the possibility of San Antonio trading him real.

As for Aldridge, the seven-time All-Star is averaging nearly 19 points per game to go with 7.4 rebounds.

He’s under contract for next season. That makes it a bit less of a rush for the Spurs to decide what they want to do with the forward.