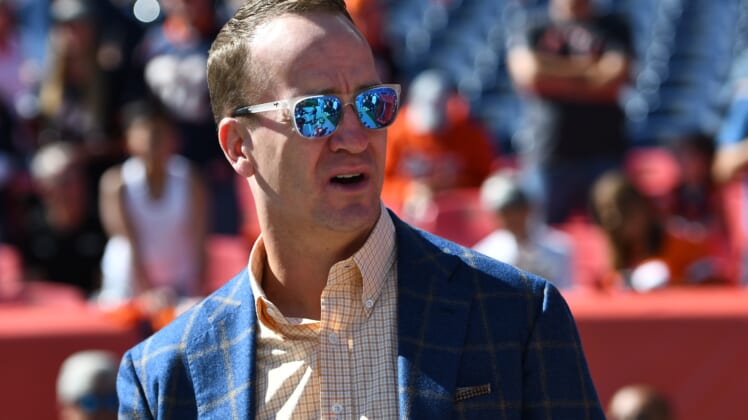 Peyton Manning is regarded as one of the smartest football minds the NFL has ever seen. ESPN has coveted Manning as its lead Monday Night Football analyst for years and it almost happened this offseason.

Manning has attracted interest from both television networks and NFL teams seeking to bring his brilliant mind and engaging personality into their building. Despite their best efforts, everyone came up short once again this year after Manning turned everyone down.

As detailed in an incredible feature by Bleacher Report’s Kalyn Kahler, it might only be a matter of time before Manning takes the next big step in his post-football career. In fact, he came closer than ever to making the jump into the broadcast booth this offseason.

Both ESPN and CBS pursued the 44-year-old with an eye on him becoming their top NFL analyst. CBS ultimately gave Tony Romo a record-breaking contract, but the network also pushed for Manning during negotiations. ESPN made a stunning offer to Manning, but he eventually turned it down.

“If he had another month to think about it, he very well might have done it,” a source close to Manning said, via Bleacher Report. “Many people in his family said, ‘You know what, you should do this.'”

Ultimately, Manning chose to stick his current life in retirement and stick to producing Peyton’s Places with ESPN. However, it’s clear that that still has his eye on accomplishing even bigger things in football.

Whether Manning eventually becomes a broadcaster or heads back to the NFL as an owner or executive, he will find a way to make an impact on the game.