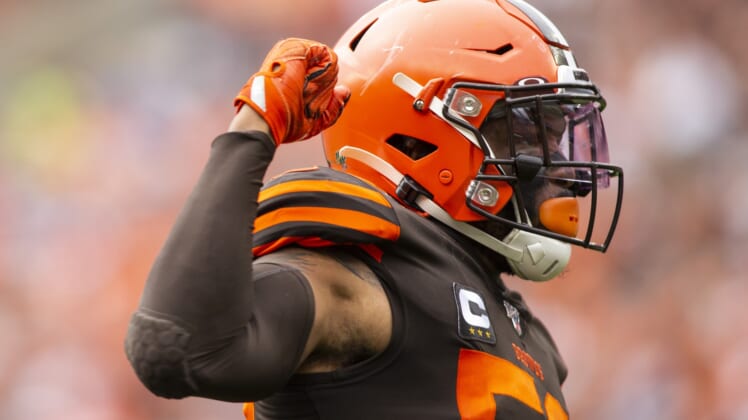 The Green Bay Packers are signing linebacker Christian Kirksey to a two-year, $16 million contract, per his agency, reuniting Kirksey with his former coach.

The Cleveland Browns released Kirksey on March 10, allowing the veteran linebacker to find a new team after an injury-he played in only two games this past season due to a chest injury.

Kirksey, who has played in just nine total games in the past two seasons, reunites with Packers defensive coordinator Mike Pettine. When Pettine served as Cleveland’s head coach from 2014-’15, Kirksey was just entering the NFL and became the team’s starting inside linebacker.

Shortly after being released by the Browns, Kirksey visited the Las Vegas Raiders then visited the Packers the following day.

The 27-year-old will likely step in as a leader in the locker room and will see significant snaps at inside linebacker, which was Green Bay’s biggest need entering the offseason.