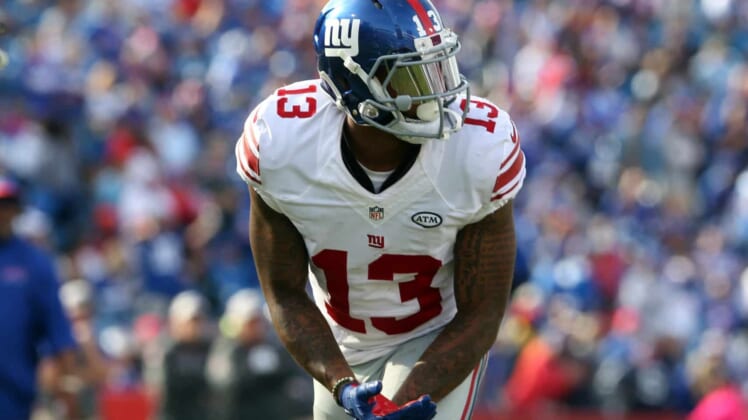 The New York Giants didn’t just lose their fifth consecutive game to start the season, they might have lost star receiver Odell Beckham Jr. for the season.

OBJ was carted off the field late in the fourth quarter with a leg injury. The scene itself was of OBJ in tears after players on the field called for medical attention immediately following a play in which he landed awkwardly on his left leg.

Now comes this report suggesting that Beckham Jr. is already headed for surgery on the injury leg.

Though, another report suggests surgery is not yet determined, and that Beckham Jr. has a fractured ankle.

#Giants WR Odell Beckham Jr. has a fracture in his left ankle. No decision made on surgery yet. So report premature, team says.

There’s no confirmation on the type of injury Beckham suffered. But most indications are that it was to the ankle. The play itself was about as gruesome as it gets.

We’ll obviously have official updates when they are made available. But for the Giants and and OBJ, an already disastrous season just got much more disastrous.