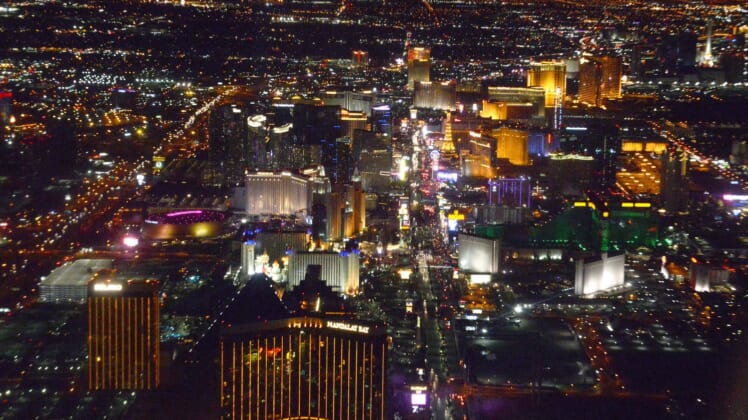 Las Vegas appears to be really going for it when it comes to adding professional sports teams. With the NHL’s Golden Nights set to debut this upcoming fall and the NFL’s Oakland Raiders headed to the desert metropolis, Vegas itself is now setting its sights on Major League Baseball.

“Las Vegas really wants a Major League Baseball team, especially after the city secured the NFL’s Raiders,” Nick Cafardo of The Boston Globe reported Saturday. “It appears Rob Manfred is open to this if the situation is right. It will be interesting to see whether any expansion or relocation plans lead the league to Vegas or Montreal first.”

It’s not yet known whether Vegas is looking for an expansion team or has its sights set on a current franchise relocating.

The larger focus of Cafardo’s in-depth article was on the Oakland Athletics’ front office and Billy Beane. Though, any idea of the A’s relocating to Vegas can pretty much be thrown out the window. Following the NFL’s approval of the Raiders to relocate to Las Vegas, it’s become clear that the city of Oakland intends on keeping its baseball team.

The Tampa Bay Rays have in the past been bandied about as a potential target for relocation, but that has also died down in recent seasons.

It will surely be interesting to see what comes of this, but Vegas is a growing entity in the sports world. It has the market capability to house a Major League Baseball team. It just remains to be seen whether that’s an option over the short term.