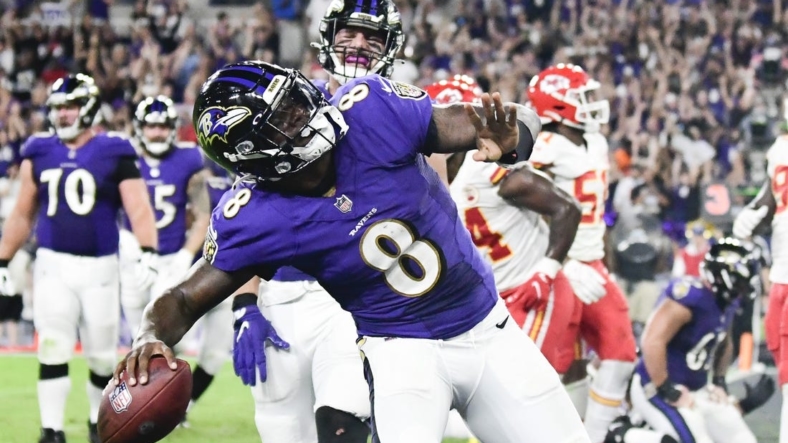 The star quarterback, who represented himself in negotiations, rejected a five-year deal through the 2027 season that included $133 million guaranteed at signing, per the report.

That would have boosted the overall value of his deal to about $274 million over six years.

ESPN said the Ravens refused Jackson’s request for a deal that was fully guaranteed, similar to what Deshaun Watson got with the Cleveland Browns in March for five years and $230 million.

Jackson’s self-imposed deadline passed Friday without an agreement and he will play out this season on his fifth-year option, earning about $23 million.

Both sides said contract talks won’t resume until after the season. The Ravens can use the franchise tag on Jackson next offseason if an agreement still can’t be reached.

The Ravens kick off the season Sunday against the New York Jets in East Rutherford, N.J.