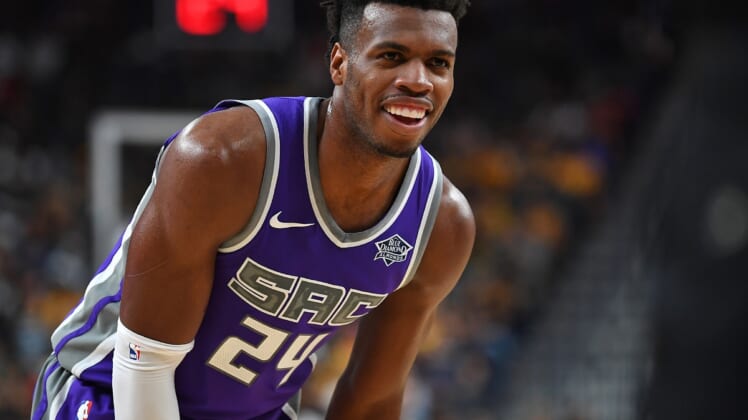 After weeks of bitter back and forth, the upstart Sacramento Kings have locked up one of their core young pieces.

According to Adrian Wojnorowski of ESPN, Sacramento has signed guard Buddy Hield to a four-year, $94 million extension. The deal can reach $106 million with bonuses.

The two had been at odds in the past with Hield suggesting that the Kings were low balling him. Apparently, that’s no longer the case.

Acquired from the New Orleans Pelicans in the DeMarcus Cousins trade during the 2016-17 season, Hield has morphed into one of the best outside shooters in the game.

The former lottery pick averaged a career-best 20.7 points on 43% shooting from three-point range last season. He’s now locked up long-term on the eve of opening day.