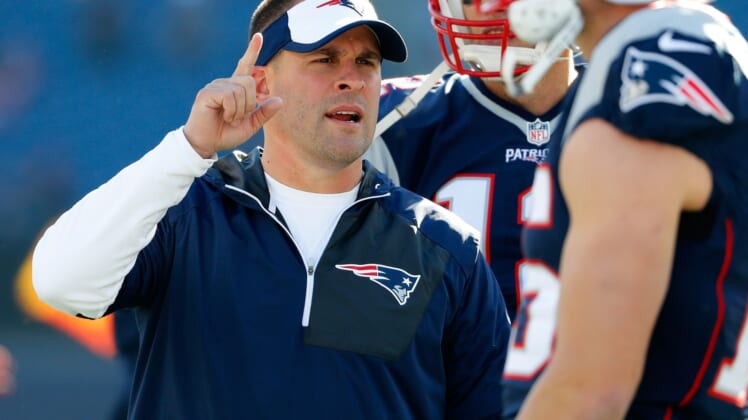 The Carolina Panthers and Cleveland Browns are reportedly hot to trot for New England Patriots offensive coordinator Josh McDaniels as they look to fill their head coach vacancies.

Ian Rapoport of NFL Media shared Saturday that McDaniels has “emerged as a top” head coach candidate this winter, with the Browns and Panthers being notable teams of interest.

McDaniels has been one of the bigger names in head coach searches the past few offseasons thanks to his previous experience as a head coach with the Denver Broncos, and because he’s shown an aptitude for getting the most out of the quarterbacks he works with.

Both the Browns and Panthers have a desperate need in this regard. Whomever is signed to become the next head coach must be able to help their quarterbacks get on the winning track.

Reportedly, McDaniels has shown interest in coaching the Browns in the past, and the Panthers have been eyeing McDaniels to supplant Ron Rivera going as far back as 2018.

It’s going to be fascinating to see if McDaniels actually will leave New England this winter, however. As you may remember, the coach was all but on his way to become the head coach in Indy a couple years ago but pulled a fast one at the 11th hour (thanks to some extra financial persuasion) and stayed with Bill Belichick and the Pats.