Report: Jason Garrett has officially been told he is out as head coach of Dallas Cowboys 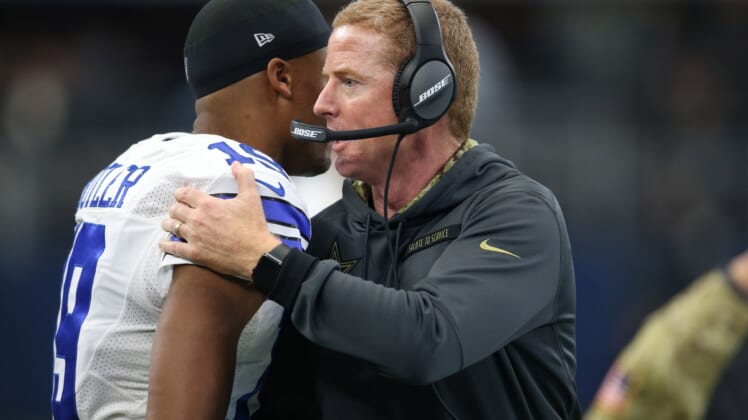 After almost a full week of reports and speculation, the Jason Garrett era with the Dallas Cowboys is finally, officially over per Jay Glazer of Fox Sports.

Breaking news as the Seattle Seahawks and Philadelphia Eagles slugged it out in the wild-card round, Glazer shared a short video in which he said Garrett has officially been told he’s not part of the team’s plans going forward.

The Cowboys went with Garrett as a lame duck all season, and his contract officially expires on Jan. 14.

Even as early as Sunday morning, reports emerged that Garrett was still campaigning Dallas to keep him on, while the franchise had already moved forward with interviews for his replacement.

Garrett went 85-67 as the head coach of the Cowboys during the regular season since 2010, and his postseason record stands at 2-3, with Dallas never going past the divisional round under his leadership.