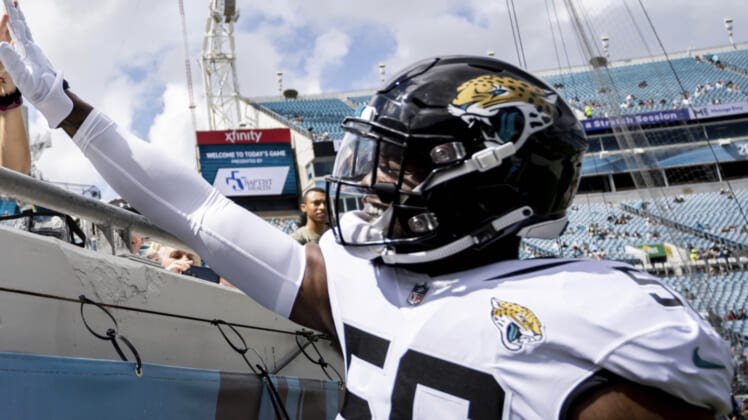 As the lone remaining undefeated team in the NFL, the Los Angeles Rams decided not to stand pat at the trade deadline. Instead, they addressed one of the few holes on the roster by acquiring former Jacksonville Jaguars No. 3 overall pick, pass rusher Dante Fowler on Tuesday.

An impending free agent after Jacksonville decided against picking up the final year of his contract, Fowler heads to the Rams after having put up just two sacks in seven games this season. He is, however, one season removed from racking up eight sacks.

For their part, the Rams have put up just 22 sacks in seven games. A total of 10 of those have come from Aaron Donald.