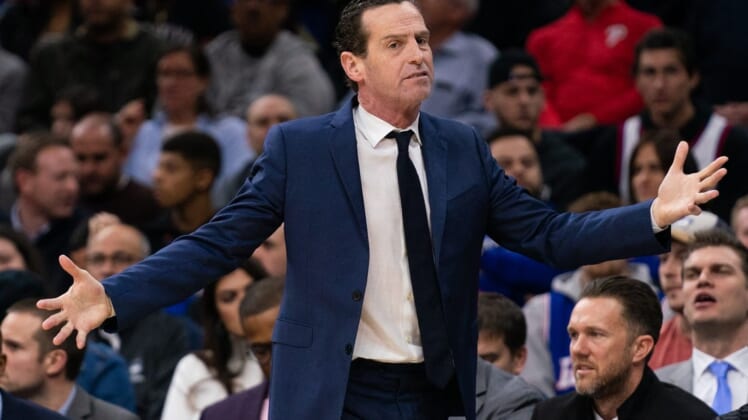 Atkinson will have a third meeting with team officials next week and will sit down with team owner Michael Jordan for the first time, per the report.

Two-time NBA Coach of the Year Mike D’Antoni and former Portland Trail Blazers coach Terry Stotts are said to be the other finalists to replace James Borrego.

The Hornets fired Borrego on April 22 after four seasons. He led the team to consecutive appearances in the play-in tournament and compiled an overall record of 138-163.

Atkinson, who turned 55 Thursday, is currently coaching in the NBA Finals against the Boston Celtics. Golden State lost Game 1 at home Thursday night in a best-of-seven series that could last until June 19.