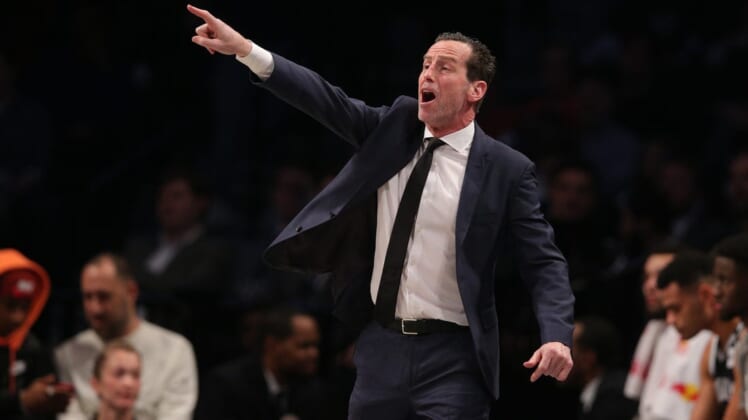 The Charlotte Hornets plan to hire Kenny Atkinson as their next head coach, according to a report Friday night from ESPN.

Atkinson currently is serving as a Golden State Warriors assistant on Steve Kerr’s staff. He will be allowed to stay with the Warriors through the end of their NBA Finals series with the Boston Celtics.

The Hornets needed a head coach after parting ways with James Borrego, who went 138-163 in four seasons with the franchise.

This will be Atkinson’s second head-coaching job. He led the Brooklyn Nets for three-plus seasons, posting a 118-190 record as the franchise went through a rebuilding phase.

The Hornets are hoping to snap a six-year playoff drought. They went 43-39 in the regular season but lost a play-in game against the Atlanta Hawks.