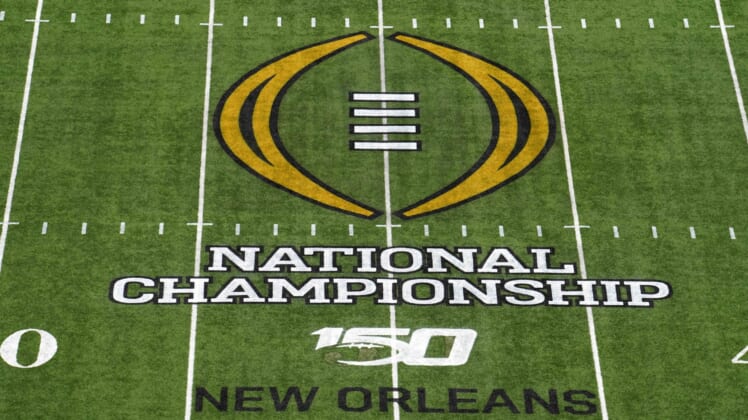 Ever since the College Football Playoff kicked off in 2014, college football fans have debated whether or not to expand it. Now with the playoff system approaching its seventh year, momentum might be building towards the playoff format expanding in the future.

The idea of expanding the College Football Playoff beyond four teams is a controversial subject in the NCAA. While a majority of athletic directors favor an expanded playoff, top head coaches like Nick Saban and Dabo Swinney have pushed back against it.

While it might not be popular among many coaches, though, the tide could be shifting in the NCAA with a change to the College Football Playoff on the horizon.

According to The Athletic’s Stewart Mandel, a consensus appears to be growing for an expanded College Football Playoff. While a decision might be a few years away, we could reportedly see an eight-team playoff format by 2026.

The benefits for conferences are obvious. Now more than ever, the NCAA and its universities rely heavily on television contracts and the broadcasting rights to playoff games are one of the hottest commodities in sports. Expanding to an eight-team College Football Playoff could generate hundreds of millions for the NCAA, which would be spread across universities and to hundreds of athletic programs.

At a time when many universities are furloughing staff and eliminating sports teams from their program due to a financial crisis created by the COVID-19 pandemic, generating revenue is even more important. Even if expansion was years away, colleges would know they have revenue to look forward to in the future.

The NFL is expanding its playoffs beginning with the 2020 season and MLB is discussing adding more playoff teams. It ‘s now likely a matter of when, not if, the College Football Playoff is expanded to eight teams.