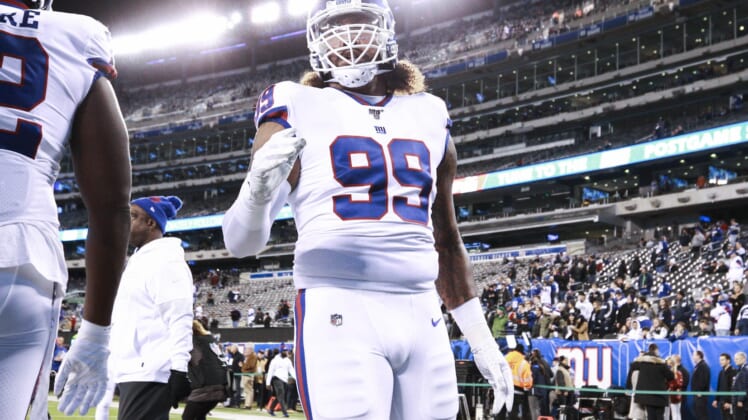 The New York Giants are expected to place the franchise tag on defensive lineman Leonard Williams, per ESPN’s Adam Schefter, securing the return of the Giants’ in-season acquisition.

The Giants traded a 2020 third-round pick and a conditional 2021 fifth-round selection for Williams in October. He recorded two tackles for loss and 11 quarterback hits in eight games with the Giants. The Giants are expected to use the franchise tag on him, per New York Daily News‘ Pat Leonard, rather than the transition tag.

Williams, a Pro Bowl selection in 2016, was the No. 4 overall pick in the 2015 NFL Draft by the New York Jets. They planned to let him walk this offseason before trading him to the Giants, who were bidding against themselves.

By placing the franchise tag on Williams, the Giants ensure that the 25-year-old will be part of their defense next season. The team can now look to open long-term contract negotiations with him, but agreeing to a new deal would result in the 2021 pick becoming a fourth-round selection.

Now with Williams under contract, the Giants’ most significant need shifts to the offensive line and they must also improve their secondary and pass rush this offseason. New York is currently projected to draft a top offensive tackle in the latest mock draft, but the Giants could trade down to acquire more picks and still find help for quarterback Daniel Jones.