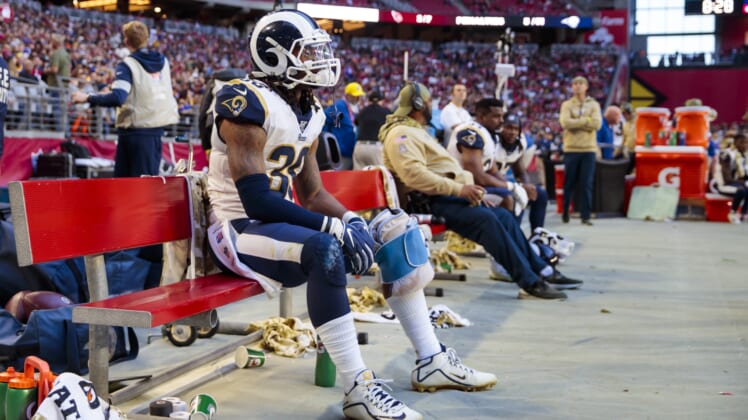 When the Los Angeles Rams released All-Pro running back Todd Gurley, it was a matter of hours before the Atlanta Falcons scooped him up. While the Falcons are certainly elated to bring Gurley’s talents back to Georgia, it all comes with the risk of a very concerning issue with his knee.

Gurley suffered a torn ACL in his left knee during his junior season at Georgia and it raised concerns for NFL teams when he entered the 2015 NFL Draft. After becoming the NFL’s best running back in recent years, Gurley saw significantly fewer touches during the Rams’ playoff run in 2018. After the season, it was reported he has arthritis in the left knee.

After a disappointing season and with even more money owed to him on a contract that backfired, the Rams released Gurley. Concerns over the knee’s long-term stability were growing and it’s now at the point where his knee is viewed as “very bad”, per The Athletic’s Jeff Schultz.

As a source told Schultz, an arthritic condition in a player’s knee adds a major level of uncertainty for his future, comparing it to a game of Russian roulette where it becomes increasingly risky.

Fortunately for the Falcons, they are only invested in Gurley on a one-year deal. The 25-year-old running back could prove he is still one of the best at his position and returning home and playing in a great offense might be the perfect recipe for a great season.

There are also real risks that come with signing him, though, which might impact how much the Falcons can use him in 2020. Atlanta now has its lead back for next season, but it wouldn’t be a surprise if the team spends a Day 2 pick to strengthen its backfield further.