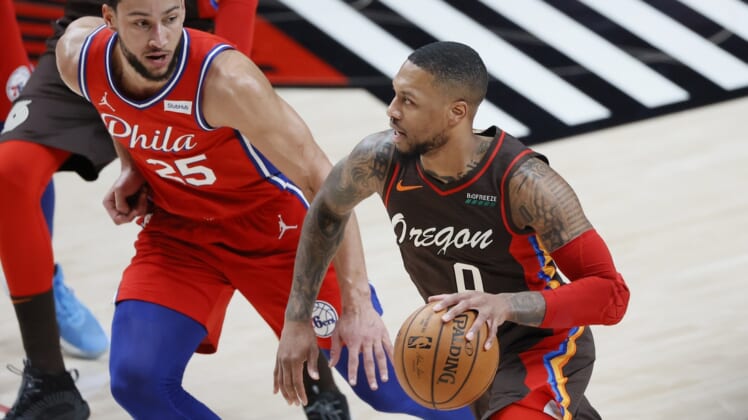 Portland has made it clear to the Philadelphia 76ers that Lillard is not available in trade negotiations for Ben Simmons, according to an ESPN report Friday.

The report notes that the Sixers are “becoming more engaged on multiple fronts” in talks for Simmons. It appears that Philadelphia is talking to multiple teams about Simmons and is busy trying to assemble two- and three-team deals that would send the disgruntled point guard out of town in favor of another star player.

Additionally, ESPN cites an important upcoming date in the Simmons saga. On Wednesday, players who signed as free agents during the offseason can be traded. That should open up more possibilities for the Sixers, who have long coveted Lillard as a complementary star alongside Joel Embiid.

Philadelphia is 14-12 this season — all without Simmons — and is coming off a lopsided home defeat to the Utah Jazz. Portland (11-15) has lost seven of its last eight games with Lillard sitting out the last five contests due to an abdominal injury.