Washington Commanders running back Brian Robinson out of hospital 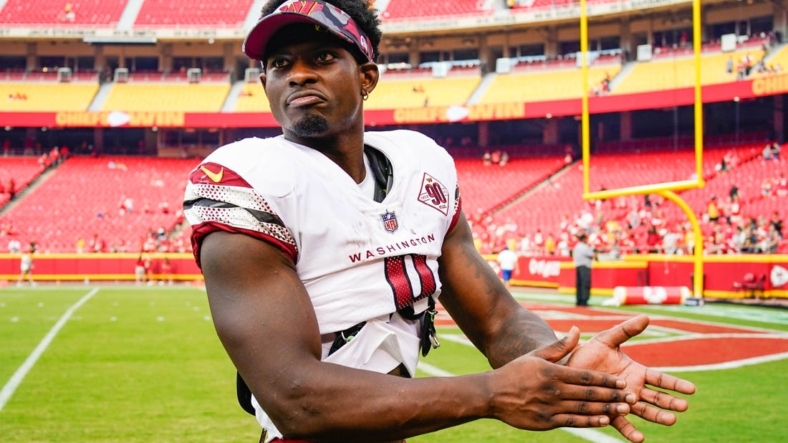 Washington Commanders rookie running back Brian Robinson is out of the hospital and will meet with team doctors on Tuesday, just two days after being shot multiple times in an apparent robbery attempt, ESPN reported.

Robinson was released from the hospital Monday night.

ESPN said the visit with the doctors will decide whether Robinson is placed on the non-football injury list, which would require him to miss the first four games of the 2022 season.

Robinson, 23, was taken to a Washington, D.C., hospital Sunday night and underwent surgery after reportedly being shot in the glute and lower leg.

Commanders coach Ron Rivera told reporters Monday that Robinson “is in a really good place” and would not rule out Robinson playing this season.

Robinson, a third-round pick this spring, rushed for 57 yards on 14 carries with one touchdown this preseason, adding two catches for 15 yards.

As a senior at Alabama in 2021, Robinson rushed for 1,343 yards with 14 touchdowns for the national title runners-up.