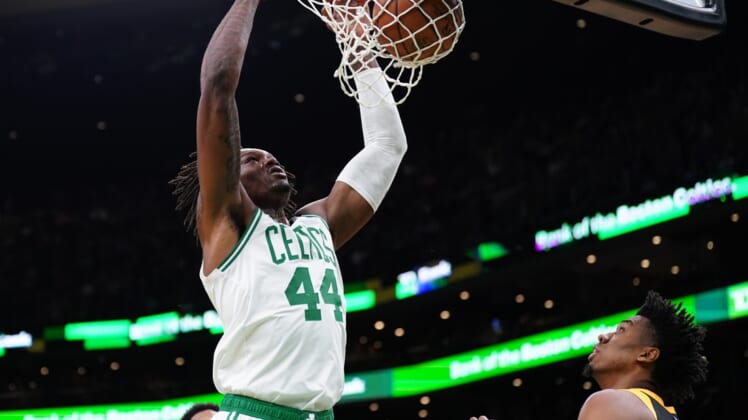 The Boston Celtics will get big man Robert Williams III back in a reduced capacity for Saturday’s Game 3 against the Brooklyn Nets, ESPN reported Friday.

Williams (knee) intends to play limited minutes in Game 3 and raise his minutes for Monday’s Game 4, per the report.

Williams first plans to make sure his left knee is still pain-free prior to game time Saturday.

If he returns for Game 3, the 24-year-old Williams would be less than four weeks removed from knee surgery. He had surgery on March 30 to repair a torn meniscus in his left knee.

The initial timeline for Williams’ return was 4-6 weeks.

The 6-foot-9 Williams is a defensive force for the Celtics. He averaged 10.0 points, 9.6 rebounds and 2.2 blocks per game in 61 regular-season games.

The second-seeded Celtics lead the seventh-seeded Nets 2-0 in the series as it shifts to Brooklyn for the next two games.