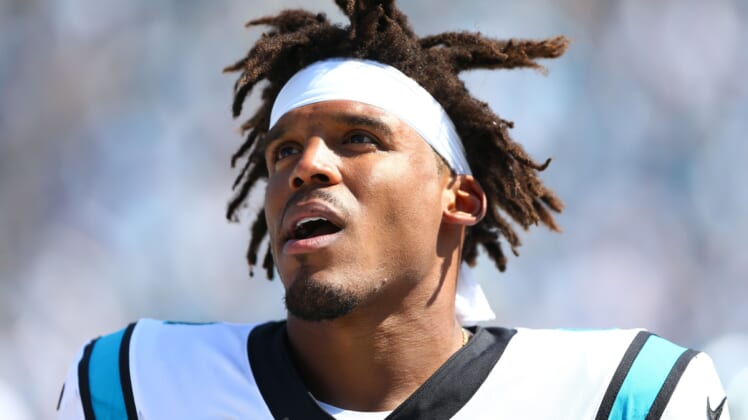 Cam Newton has been the face of the Carolina Panthers for nearly a decade. Now with Teddy Bridgewater set to take over next season, the Panthers are reportedly expected to release Cam Newton in the near future.

According to CBS Sports’ Jonathan Jones, the expectation around the NFL is that the Panthers will release Newton in the coming days. While the team made him available for trade on Tuesday and has held recent discussions, the former NFL MVP is expected to be released.

If Newton is released, the 30-year-old quarterback will generate plenty of interest. The Chicago Bears have reportedly been in contact with the Panthers, per Jones, but the front office might not compete if he hits the open market.

The Los Angeles Chargers were connected to Newton early in the offseason. Now with Tom Brady signing with the Tampa Bay Buccaneers, Los Angeles could view Newton as the ideal option to attract fans and help the team compete next season.

Newton could also attract interest from the Washington Redskins. He would reunite with head coach Ron Rivera and would allow the team to be more competitive, while Dwayne Haskins develops on the bench.

Of course, Brady’s departure creates a potential opening with the New England Patriots. While Newton comes with durability concerns and is recovering from a Lisfranc injury, he might be the perfect short-term solution to help the Patriots compete in 2020.

While Newton wanted to stay in Carolina, hitting free agency could work out for him. He’s under contract for an $18.6 million base salary next season, a mark that he would blow past if he hits the open market.