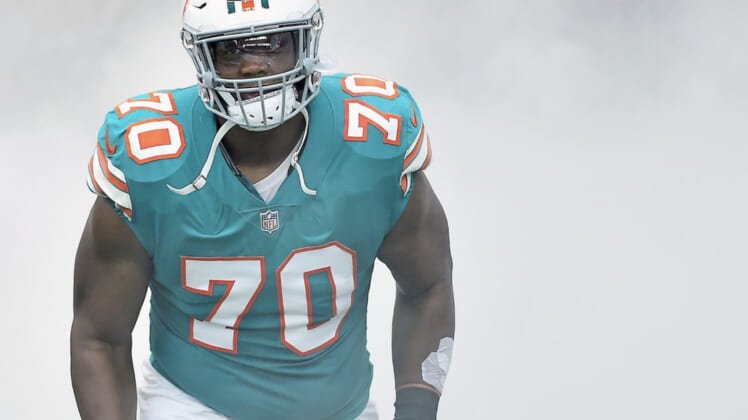 The Denver Broncos are working to find pass protection in front of newly-acquired Joe Flacco under center at the start of free agncy.

According to ESPN’s Adam Schefter, that will include signing former Miami Dolphins offensive tackle Ja’Wuan James to a whopping four-year, $52 million contract with $32 million in guarantees.

James, 28, started all 62 games in which he appeared with the Dolphins in five seasons after they made him a first-round pick back in 2014.

He’s split time between left tackle and right tackle thus far in his career. Though, with Garett Bolles at left tackle, James will play almost exclusively on the other side of the line.

According to Pro Football Focus, James ranked 34th among starting tackles in the NFL last season.

It’s somewhat of an overpay for the Broncos. But given the deal that Trent Brown received from the Oakland Raiders earlier on Monday, fans in Mile High can’t complain too much.