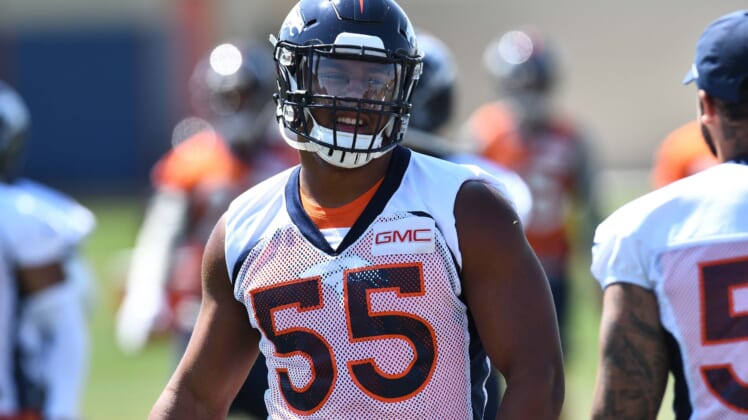 The Denver Broncos won’t have second-year pass rusher Bradley Chubb for the rest of the year after he tore his ACL in Week 4.

Chubb exited Sunday’s game against Jacksonville in the second half and went straight into the locker room. However, he did return and played on that injured knee, which is remarkable. He had tallied a sack and forced fumble, along with seven tackles, in Sunday’s game.

Prior to Week 4, Chubb and teammate Von Miller had both struggled to bring pressure to opposing quarterbacks. His one sack in Week 4 was his only sack of the year.

Now a struggling Broncos defense will have its work cut out to replace the 2018 first-round pick. Denver enters Week 5 with a record of 0-4.