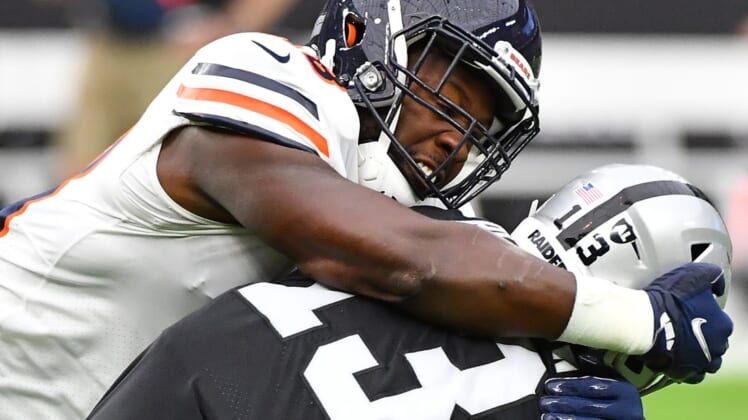 After requesting a trade earlier this month, Chicago Bears linebacker Roquan Smith now will play out the final season of his contract with the team, NFL Network reported Saturday.

The Bears took Smith off the physically unable to perform list last week. The move allowed them to fine Smith $40,000 per day for skipping practice.

Smith, 25, went public with his request to be traded, saying the Bears are “trying to take advantage of me” and “left me no choice” but to seek a trade.

It was never clear what Smith’s injury was in the first place that led to his spot on the PUP list.

Smith is set to earn $9.7 million this season on the final year of his rookie contract. He was placed on the PUP list when he reported to training camp last month.

Smith had at least 100 tackles in each of his first four NFL seasons since being drafted with the eighth overall pick in 2018. He logged a career-high 163 tackles with three sacks and one interception in 17 starts in 2021.