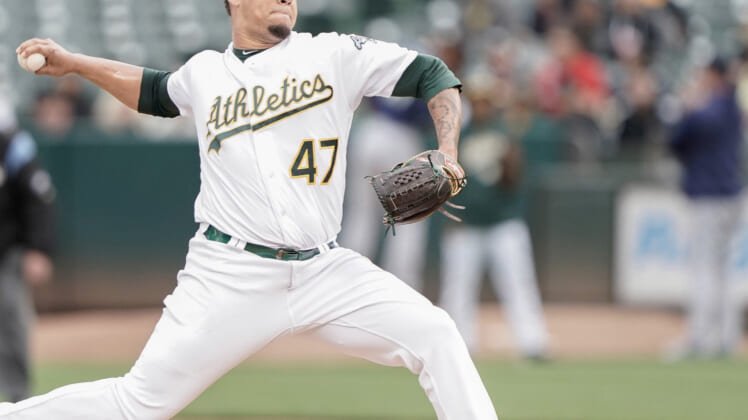 The Oakland Athletics will get their ace starter back Wednesday as the team looks to hold on to home-field advantage for a potential wild card game next week.

According to this report, Frankie Montas will return from his 80-game suspension and start against the Los Angeles Angels on Wednesday.

Montas, 26, won’t be eligible for postseason play after being suspended under the MLB’s performance enhancing drug (PED) policy. However, he could help Oakland over the short term.

The youngster pitched to a 9-2 mark with a 2.70 ERA and 1.12 WHIP while striking out 97 batters in 90 innings before being suspended. He was a legit Cy Young candidate at that time.

Oakland heads into Tuesday’s action with a 94-62 record. It’s 1.5 games ahead of Tampa Bay for the top wild card spots and two games ahead of Cleveland for the second position with six games remaining.